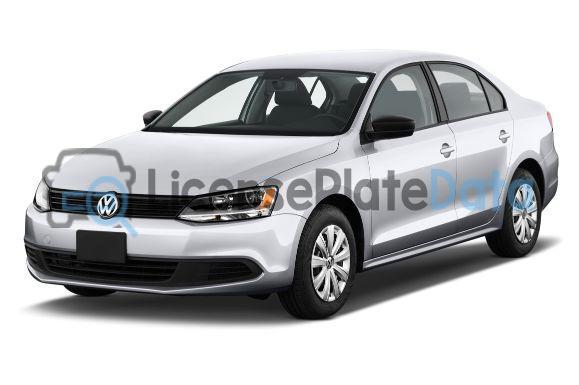 This Volkswagen Jetta is a Sedan/Saloon

More details about this 2012 Volkswagen Jetta

Recalls & Defects for this 2012 Volkswagen Jetta

Other VINs for a 2012 Volkswagen Jetta

If the vehicles do not meet all regulatory requirements, there could be an increased risk of a crash, fire, or injury.

Volkswagen will notify owners and repurchase the affected vehicles. The recall began November 6, 2019. Owners may contact Volkswagen customer service at 1-800-893-5298. Volkswagen's number for this recall is 01D7. Note: This recall is an expansion of NHTSA recall number 18V-329.

Volkswagen Group of America, Inc. (Volkswagen) is recalling certain 2015-2019 GTI, 2015-2016 and 2018-2019 Golf, 2012-2019 Beetle and Beetle Convertible, 2017-2019 Golf SportWagen and 2011-2018 Jetta vehicles equipped with an automatic transmission, manual handbrake and keyless entry. A build-up of silicate on the shift lever micro switch contacts may enable the key to be removed from the ignition when the transmission shift lever is not in "Park."

Removing the key while the shift lever is in a position other than "Park" increases the risk of an unintended vehicle rollaway that may result in personal injury or a crash.

Volkswagen will notify owners, and dealers will install an additional switch and circuit board, free of charge. The recall began November 19, 2019. Owners may contact Volkswagen customer service at 1-800-893-5298. Volkswagen's number for this recall is 37M2.

The Gates Corporation (Gates) is recalling certain aftermarket Tru-Flow Water Pumps, part number TFW 41127, sold at certain NAPA Auto Parts and/or installed by automotive service technicians after November 1, 2013 (and manufactured August 2013 through October 2013) that have a black-colored pulley/sprocket or do not have 'US9377' stamped on the water pump housing. These service replacement parts were sold for use in model year 1999-2005 Audi A4, 2000-2006 Audi TT, 1998-2005 Volkswagen Beetle, 1999-2006 Golf, 1999-2008 and 2011-2013 Volkswagen Jetta, and 2000-2005 Volkswagen Passat. In the affected water pumps, the pulley or sprocket that turns the timing belt may develop microfractures causing the timing belt to fail.

A failure of the timing belt may cause the engine to shut down, potentially increasing the risk of a vehicle crash.

Gates will notify owners, and dealers will replace the water pump, free of charge. The recall began during May 2014. Owners may contact The Gates Corporation at 1-303-744-1911.

Volkswagen Group of America, Inc. (Volkswagen) is recalling certain model year 2010-2014 Volkswagen CC, and Passat, 2010-2013 Eos, 2011-2014 Golf, GTI, Jetta, and Tiguan, and 2012-2014 Jetta Sportwagen vehicles. In the affected vehicles, debris may contaminate the air bag clock spring, a spiral wound, flat cable that keeps the air bag powered while the steering wheel is being turned. This contamination may tear the cable and result in a loss of electrical connection to the driver's frontal air bag.

A loss of electrical connection to the driver's frontal air bag will prevent the air bag from deploying in the event of a vehicle crash, increasing the risk of injury.

Volkswagen Group of America, Inc. (Volkswagen) is recalling certain model year 2011-2013 Jetta vehicles manufactured March 1, 2010, to November 30, 2012, and 2012-2013 Beetle vehicles manufactured March 1, 2011, to July 31, 2013. The durability of the rear trailing arms may be reduced in vehicles whose rear trailing arms have been previously deformed, such as a result of a rear or side-rear impact crash.

The reduced durability of the trailing arm may result in its sudden fracture, possibly causing loss of vehicle control and increasing the risk of a crash.

Volkswagen will notify owners, and dealers will install a sheet metal inlay on the rear axle trailing arms designed to prevent a sudden loss of control in the event of trailing arm sudden fracture, free of charge. The recall began April 7, 2015. Owners may contact Volkswagen customer service at 1-800-893-5298.

DUE TO THE RESONANCE CONDITION, INJECTOR LINE NUMBER 2 COULD DEVELOP SMALL CRACKS WHICH COULD LEAD TO FUEL LEAKAGE. LEAKING FUEL IN THE PRESENCE OF AN IGNITION SOURCE, MAY LEAD TO A FIRE.

VOLKSWAGEN WILL INSTALL AN IMPROVED FUEL INJECTOR LINE FOR THE NUMBER 2 CYLINDER ON CERTAIN VEHICLES AND WILL INSTALL VIBRATION DAMPERS ON ALL OF THE INJECTOR LINES. VOLKSWAGEN AND AUDI WILL NOTIFY OWNERS TO HAVE THE VEHICLES REPAIRED FREE OF CHARGE. THE SAFETY RECALL IS EXPECTED TO BEGIN DURING NOVEMBER 2011. OWNERS MAY CONTACT VOLKSWAGEN AT 1-800-822-8987.

VOLKSWAGEN IS RECALLING CERTAIN STAINLESS STEEL EXHAUST TIPS, PART NUMBER 1K0 071 910 U, SOLD AS ACCESSORY EQUIPMENT FOR USE ON MODEL YEAR 2011-2012 JETTA SEDAN VEHICLES MANUFACTURED FROM MARCH 18, 2010, THROUGH AUGUST 22, 2011. THESE EXHAUST TIPS MAY EXTEND BEYOND THE ORIGINAL LENGTH OF THE FACTORY-INSTALLED EXHAUST PIPES. IT IS POSSIBLE FOR INADVERTENT CONTACT TO OCCUR WITH A PERSON'S LEG.

IF THE TAILPIPE EXTENSION IS HOT DURING INADVERTENT CONTACT, A BURN COULD OCCUR.

DEALERS WILL INSPECT AND REPLACE THE STAINLESS STEEL EXHAUST TIPS AS NECESSARY FREE OF CHARGE. THE SAFETY RECALL IS EXPECTED TO BEGIN DURING NOVEMBER 2011. OWNERS MAY CONTACT VOLKSWAGEN AT 1-800-822-8987.

Tenneco Automotive (Tenneco) is recalling certain Beck/Arnley Master Cylinders, part number 072-9831, sold as aftermarket or replacement parts for 2004-2018 Volkswagen Jetta, and 2012-2019 Volkswagen Beetle vehicles. The fluid seal crimp on the master cylinder may be insufficient, causing brake fluid to leak or the cylinder to come apart.

If there is a brake fluid leak, it can reduce braking ability, increasing the risk of a crash.